Some claim that the gypsies were originally the initiates of the temple of Thoth, and that it was they who carried Playing Cards as a means of divination through Europe…

There are many signs suggesting that the gypsies were able to translate the symbols on the cards at an early date, soon after they appeared in Europe, and it is certain that for several centuries these nomads have used Playing Cards for telling future, past, or present events, and have done it with so much self-confidence that it would seem that they possessed a key to the occult mysteries. It is, therefore, unwise to discard this theory entirely, for the gypsy tribes scattered over Europe certainly aided in widely distributing the cards. Nor does the connection of gypsies with the ancient mysteries quarrel with the statement that cards were part of the worship of Mercury, since no man can say that these people were not the original priests of the temple who were cast out of their shrines and forced to wander about the world. In England these nomads are frequently called the Egyptians, while their own name for themselves is Romany… 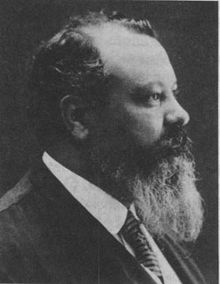 The Tarot pack of cards, transmitted by the Gypsies from generation to generation, is the primitive book of ancient initiation. This has been clearly demonstrated by Guillaume Postel, Court de Gobelin, Etteila, Eliphas Levi, and J. A. Vaillant.

The key to its construction and application has not yet been revealed, so far as I know. I therefore wished to fill up this deficiency by supplying Initiates, i.e. those who are acquainted with the elements of occult science, with an accurate guide, which would assist them in the pursuit of their studies…

The Sages were under no illusions respecting the possible future of the tradition, which they confided to the intelligence and virtue of future generations.

Moses had chosen a people to hand down through succeeding: acres the book which contained all the science of Egypt; but before Moses, the Hindu Initiates had selected a nation to hand down to the generations of the future the primitive doctrines of the great civilizations of the Atlantides.

The people have never disappointed the expectations of those who trusted it. Understanding none of the truths which it possessed, it carefully abstained from altering them in any way, and treated the least attack made upon them as sacrilege.

Thus the Jews have transmitted intact to us the letters which form the Sepher of Moses. But Moses had not solved the problem so authoritatively as the Thibetans.

It was a great thing to give the people a book which it could adore respectfully, and always guard intact; but to give it a book which would enable it to live, was yet better.

The people intrusted with the transmission of occult doctrines from the earliest ages was the Bohemian or Gypsy race.

Yes ; the game of cards called the Tarot, which the Gypsies possess, is the Bible of Bibles. It is the book of Thoth Hermes Trismegistus, the book of Adam, the book of the primitive Revelation of ancient civilizations.

We must admire the wisdom of the Initiates, who utilized vice and made it produce more beneficial results than virtue.

The Gypsy pack of cards is a wonderful book according to Court de Gebelin and Vaillant. This pack, under the name of Tarot, Thora, Rota, has formed the basis of the synthetic teachings of all the ancient nations successively.

In it, while a man of the people only sees a means of amusement, the thinker will find the key to an obscure tradition. Raymond Lulle has based his Ars Magna upon the Tarot; Jerome Cardan has written a treatise upon subtility from the keys of the Tarot; Guillaume Postel has found in it the key to the ancient mysteries; whilst Louis-Claude de Saint-Martin, the unknown philosopher, finds written in it the mysterious Knks which unite God, the Universe, and Man!

Through the Tarot we are now able to discover and o develop the synthetic law, concealed in all these symbolisms.

The hour is approaching when the missing word will be refound. Masters, Rosicrucian and Kadosh, you who form the sacred triangle of Masonic initiation, do you remember!

Remember, Master, that illustrious man, killed through the most cowardly of conspiracies; remember Hiram, whose resurrection, promised by the Branch of Acacia, thou art looking for in faith !

Remember, Rosicrucian, the mysterious word which thou hast sought for so loner, of which the mean incr still escapes thee !

Remember, Kadosh, the magnificent symbol which radiated from the centre of the luminous triangle, when the real meaning of the letter G was revealed to thee !

He who understands one of these words possesses the key which opens the tomb of Hiram, the symbol of the synthetic science of the Ancients ; he can open the tomb and fearlessly grasp the heart of the revered Master, the symbol of esoteric teaching.

The whole Tarot is based upon ‘this word, KOTA, arranged as a wheel. 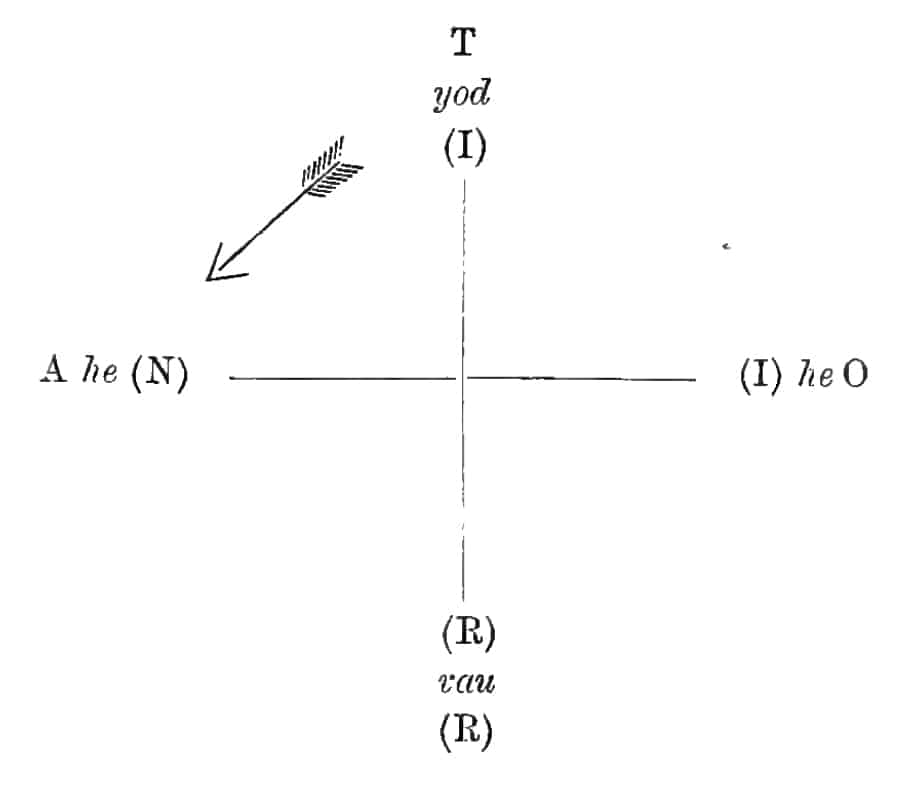 INRI ! is the word which indicates the Unity of your origin, Freemasons and Catholics !

lesus Nazareics Bex ludeorum are the opposite poles, scientific and religious, physical and metaphysical, of the same doctrine.

YOD-HE-YAU-HE is the word which indicates to you both, Freemasons and Kabbalists, the Unity of your origin. TAROT, THORA, ROTA are the words which point out to you all, Easterns and Westerns, the Unity of your requirements and of your aspirations in the eternal Adam-Eve, tlie source of all our knowledge and of all our creeds.

All honour, therefore, to the Gypsy Nomad, to whom we are indebted for the preservation of this marvellous instrument, the synthetic summary of the whole teaching of antiquity.

We will commence by a preliminary study of the elements of the Kabbalah and of numbers.

Supplied with these data, we will explain the construction of the Tarot in all its details, studying separately each of the pieces which compose our machine, then studying the action of these pieces upon each other. Upon this point we shall be as explicit as possible. We will then touch upon some applications of the machine, but upon a few only, leaving to the genuine inquirer the work of discovering others. We must confine our personal work to giving a key, based upon a synthetic formula; we can only supply the implement of labour, in order that those who wish for knowledge may use it as they like; and we feel assured that they will understand the utility of our efforts and of their own.

Lastly, we will do our best to explain the elements of divination by the Tarot as practised by the Gypsies.

But those who think that occult science should not be revealed must not be too angry with us. Experience has taught us that everything may be fearlessly said, those only Avho should understand can understand; the others will accuse our work of being obscure and incomprehensible.

For the exclusive use of Initiates.

It is one characteristic of the study of true occult science, that it may be freely explained to all men. Like the parables, so dear to the ancients, it appears to many only the expression of the flight of a bold imagination: we need, therefore, never be afraid of speaking too openly, the Word will only reach those who should be touched by it.

To you all, philosophers of Unity, enemies of scientific, social, and religious sectarianism, I now address myself, to you I dedicate this result of several years’ study. May I thus aid in the erection of the temple which you are about to raise to the honour of the Unknown God, from whom all the others emanate throughout Eternity !